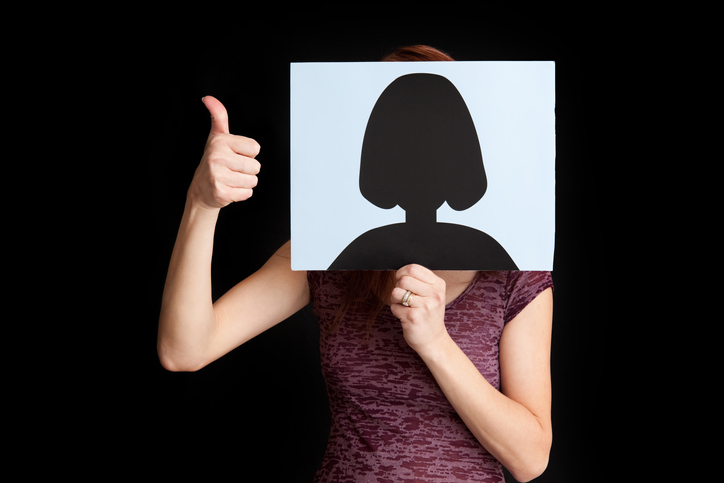 So many aspects of our lives are recorded virtually. Conversations with close friends, business transactions and GPS tracking on our mobile phones all paint an intimate and detailed picture of our everyday lives. Unfortunately, when that information falls into the wrong hands, the repercussions can last for a lifetime. As such, online privacy needs to become a top focus for everyday internet users.

Perhaps this is why we are seeing an increasing trend towards online pseudonymity. Many social media users, for example, are opting for fake names and avatars for their accounts to protect their privacy. Many anticipate that this trend will go mainstream in the future, with online anonymity becoming the gold standard for internet users.

It’s possible that in a few years, we will enter a new age of digital privacy. This will be an era in which internet users will look back in shock at the popularity of social media sites like Facebook, which gather vast amounts of highly personal data as compensation for their service. In this article, we will discuss the increasing danger of sharing personal information online, and why a focus on privacy is in store for the future.

Many internet users aren’t worried about who has access to their private information online. After all, if you’re not doing anything unethical or illegal, what should you have to worry about?

Aside from financial information, which you certainly wouldn’t share on your social media feed, it’s sometimes hard to understand why privacy is so paramount. However, as digitalization continues at a rapid pace, more people are learning the hard way how valuable their privacy really is.

Our identities fully expressed online can be used as powerful marketing data to convince us to buy a new product or believe a new idea. Readily accessible personal information coupled with powerful algorithms can be utilized to direct news information to people that are tailored to fit their ideologies. This can increase political division on both sides of the spectrum.

Elections can be heavily swayed by disinformation or censorship on social media to populations targeted by their location. Some countries and cities have already adopted or are otherwise considering the adoption of a social score that is partially determined by your internet search history. This is possibly enabling citizens who are supportive of current regimes to gain an edge when competing for job offers and school scholarships.

The prevalence of personal data that can be found online has led to the new term “doxxing.” This term refers to when an internet user’s private location is confirmed and shared widely online, with the intent of encouraging harassment or violence.

Through social engineering, cyber criminals can deploy highly targeted and effective campaigns to encourage people to divulge confidential information. For example, phishing/smishing scams aim to convince people online that they are trusted figures such as friends, family or coworkers by using what they know about people from their online profiles.

Most people also do not take measures against these kinds of scams seriously enough, according to cybersecurity expert Barbara Ericson of Cloud Defense, saying “The fact of the matter is that digital intrusions are easier to achieve and harder to track...phishing and ransomware are primarily driven by bad digital hygiene, such as employees clicking on unfamiliar emails while logged into their work accounts or failing to run good antivirus software.”

It’s abundantly clear that society needs to stop normalizing the sharing of private information online. However, it’s also highly unlikely that people will stop using the social media platforms they are addicted to. A trend towards pseudonymity is the best answer for a digital society that still wants to retain the human element of interacting online.

The cost of having your private data online

We have essentially uploaded our entire lives online. Studies show that 46% of hacking incidents are due to human carelessness, not software vulnerabilities. The time has come to add access control and encryption to protect our digital privacy.

It’s highly likely that in the future, people will enjoy using social media apps like Instagram just as much, or more, than they do now. However, there may also be a shift in how we represent ourselves online.

Instead of providing legal names along with personal photos on social media, internet users will likely embrace the use of avatars and pseudonyms when interacting with others online.

A practice such as this could greatly reduce the risks of data breaches, which can go undetected for several months, leaving ample time for serious damage. It’s already a trend that is becoming popular with Generation Z, the young individuals who grew up with the internet in full form during their infancy.

You may wonder: how much use is your private data to a hacker that can’t take that information and match it up to a real person? The threat of having your identity stolen, being blackmailed, being targeted for local political propaganda or having your details sold on the dark web are greatly diminished when a key piece of the puzzle is missing.

The concept of pseudonymity

In the future, it will be rare for social media users to provide their full legal name and photos of themselves on their account. We will see an increase in social media influencers who are masked virtually via an avatar.

Lil Miquela is an early example of this growing trend. A nineteen-year-old Brazilian-American with a singing career and over a million followers on Instagram, Lil Miquela is a CGI character with a human story. Her followers wondering about her authenticity - was she a real person using a filter to make her look like an animated character? Or was her very existence, down to her personality, fake?

In the future, filters like the ones we see on Snapchat won’t just be for fun selfies. They will be the tools we use to mask our physical identities while still displaying our unique identity online. Just enough to keep us private, but enough to let our personalities shine. With the power of AI growing every day, it’s not unlikely that these online avatars will also enable us to speak in any language we please, speeding up the trajectory of globalization.

Elon Musk once referred to social media as a “great limbic amplifier, which inherently destabilizes civilization,” hinting that social media might be the “Great Filter” through which highly developed societies are unable to pass. Indeed, recently people are becoming more frustrated with the lack of data privacy modern day apps are providing.

After popular messaging platform Whatsapp was bought out by Facebook, privacy-focused messaging app Signal experienced a “meteoric” increase in new accounts. With an estimated one million new users installing their app per day, Signal is proof that people are beginning to take their data privacy seriously.

Beyond making their personal identities anonymous, people can take similar actions with hiding their IP addresses as well. This is largely why virtual private networks (VPNs) have become much more popular with everyday users in recent years: they allow individuals to connect online through an encrypted tunnel, which hides their IP addresses and all communication sent while connected to the VPN.

According to Sydney-based cybersecurity expert William Ellis of Privacy Australia, VPNs are effective for concealing your online identity because, “Separate from your ISP, a VPN routes the data generated by your online activity through a different server, thus hiding your actual location by assigning a different IP address. Additionally, the data is encrypted to keep it from being seen by hackers. A VPN provides a much higher level of privacy and anonymity than available through your ISP.”

However, there are several reasons to believe that the way we use the internet might evolve to become less threatening to our existence. With education and experience, more internet users will make the organic transition from a highly visible online presence to a highly veiled, yet no less authentic, online presence.