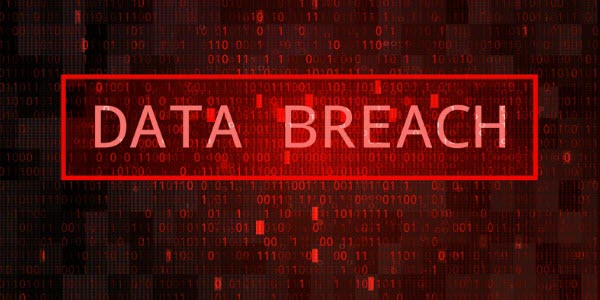 Hello and welcome to our weekly wrap-up of the week's most impactful cybersecurity stories. Let's dive right in.

The big story of the week is what may be the largest data breach in history. And it appears to be due to human error. According to Secure World, a government developer wrote a blog post on a popular forum that included the credentials to a Shanghai police database. Naturally, threat actors took advantage of this unprecedented opportunity. They swooped right in and posted the 23 terabytes of data for sale on the Dark Web. In total, the leak includes the personal information of roughly one billion Chinese citizens.

Another important development this week comes from the U.S. National Institute of Standards and Technology (NIST). As expected, NIST announced the four algorithm candidates to replace current asymmetric encryption and signing systems. The computing industry has been waiting for NIST's announcement as the current asymmetric encryption and signing systems are vulnerable to quantum computers. The four new algorithms will replace the most common asymmetric systems such as RSA and elliptic curve cryptography (ECC) which form the backbone of traditional secure communications.

In other news, North Korean hackers are targeting US healthcare providers with Maui ransomware. That's according to the Cybersecurity and Infrastructure Security Agency (CISA). CISA, along with the U.S. Department of the Treasury, allege state-sponsored cyber gangs have been involved in this campaign for more than a year.

You may recall that, last week, it was reported that chipmaker AMD had possibly been breached. The story appears to have some merit, as now it appears "terrible passwords" may have been at least partly to blame. The RansomHouse crime gang is purportedly behind the attack.

Meanwhile, The British Army's YouTube account was hijacked and used to promote NFT and cryptocurrency schemes. This included YouTube videos posted with the image of entrepreneur Elon Musk. In addition, the account name was changed and screenshots also appeared to show the Army's Twitter account, its name changed, retweeting promotions for NFT projects, complete with images of a cartoon monkey. It is unknown who is behind the intrusion.

Finally, MITRE recently published the 2022 Common Weakness Enumeration (CWE) Top 25 Most Dangerous software bugs list, highlighting that enterprises still face a raft of common weaknesses that must be protected from exploitation. The CWE Top 25 is the work of the Homeland Security Systems Engineering and Development Institute, sponsored by CISA and operated by MITRE. The top 10 software issues included in the list are:

That's all for this week. Thanks for stopping by our blog, and have a great weekend!

The Cybersecurity and Infrastructure Security Agency (CISA) has released a new advisory suggesting North Korean state-sponsored cyber actors are using the Maui ransomware to target Healthcare and Public Health (HPH) Sector organizations in the US.

According to the document – a joint effort between CISA, the Federal Bureau of Investigation (FBI) and the Department of the Treasury (Treasury) – the threat actors have been engaging in these campaigns since at least May 2021.

Four candidates selected to replace current asymmetric encryption and signing systems which are vulnerable to quantum computers will now be standardised and ratified.

US National Institute of Standards and Technology (NIST) has selected four candidates to be standardised as public key post-quantum cryptography (PQC) algorithms.

These algorithms will be lined up to replace the most common asymmetric systems such as RSA and elliptic curve cryptography (ECC) which form the backbone of current secure communications, but which are vulnerable to the massive parallel computing power of the sorts of quantum computers that may soon be available.

A Silicon Valley tech powerhouse has reportedly faced a data breach, in part, due to employees' purported use of terrible passwords like, er, "password" and "123456."

AMD, the microchip manufacturer headquartered in Santa Clara, fell prey to an increasingly notorious hacker crew known as RansomHouse, according to reports by TechCrunch and Restore Privacy.

The semiconductor giant confirmed the digital break-in a statement to media outlets. "On June 27, we became aware that a cybercriminal organization by the name of RansomHouse claimed to be in possession of data stolen from AMD," the statement, sent to SFGATE on Thursday morning, reads. "We are investigating the claim and are in contact with law enforcement officials."

READ MORE
Portswigger (July 5, 2022) These are the most dangerous software weaknesses of 2022

MITRE has published the 2022 CWE most dangerous software bugs list, highlighting that enterprises still face a raft of common weaknesses that must be protected from exploitation.

The 2022 Common Weakness Enumeration (CWE) Top 25 Most Dangerous Software Weaknesses list was made public last week. The CWE Top 25 is the work of the Homeland Security Systems Engineering and Development Institute, sponsored by CISA and operated by MITRE.

The list attempts to provide a comprehensive guide for developers, researchers, and executives in prioritizing and mitigating risk regarding exploitable software issues.

On July 3, as reported by the BBC, Army accounts were taken over and used to promote NFT and cryptocurrency schemes. This included YouTube videos posted with the image of entrepreneur Elon Musk.

It is unknown who is behind the intrusion. The British Army confirmed the security incident and apologized "for the temporary interruption to our feed" on Sunday night.

An anonymous threat actor is selling several databases they claim to contain more than 22 terabytes of stolen information on roughly 1 billion Chinese citizens for 10 bitcoins (approximately $195,000).

The announcement was posted on a hacker forum by someone using the handle 'ChinaDan,' saying that the information was leaked from the Shanghai National Police (SHGA) database.

ChinaDan also shared a sample with 750,000 records containing delivery info, ID information, and police call records. These records would allow interested buyers to verify that the data for sale is not fake.

Ransomware: Why it's still a big threat, and where the gangs are going next - ZDNet