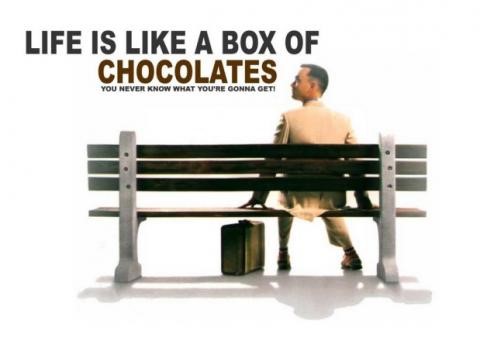 Ah, Valentine’s Day. It’s the time when you and your sweetheart remind each other how much you mean to one another. There might be gifts of chocolate, roses and maybe even jewelry involved??? However, it’s 2019. And if you’re not careful, some not-so-sweet events could also be involved.

Sadly, Valentine’s Day has become another opportunity for hackers, cyber thieves, and assorted unsavory folks to wreak havoc. Whether you’re cyber shopping or looking for love online this Valentine’s Day, there’s always an element of risk involved. To borrow from one of my favorite films: The online world is “like a box of chocolates…You never know what you’re gonna get.”

Believe it or not, according to the FBI, romance fraud accounts for the highest financial losses of all web-facilitated crimes. Losses exceeded $230 million in 2016, yet the bureau estimates that only a fraction of crimes are even reported, putting the likely actual number much higher. It’s likely that people are too embarrassed to report that they were scammed.

The most common type of scam involves an online profile that projects a potential suitor as employed, affluent and trusting. Other types of Valentine’s Day ruses include e-cards directing you to suspicious sites, according to Consumer Reports. It was reported last year that Cybersecurity provider Webroot found a 220 percent increase in malicious URLs the week before February 14.

Cybercriminals happily take advantage of the peak of online dating activity between New Year’s and Valentine’s Day. They are spending time on apps and websites such as Tinder, OKCupid, Plenty of Fish, Match.com and others looking for their next victim. Consumers should be aware of deceptive profiles, which can then lead to rouge ads.

Look out for emails from retailers you’ve never done business with before. Or be wary of an email that does not address you personally. The links included in these emails can secretly download malware – so do NOT click on them. Or you could be redirected to a fake website that tricks people into providing personal information such as credit card information or social security numbers. Because of this it is also recommended that you shop at known retailers vs. a new online retailer as it could end up being a malicious spam website. This rule holds true year-round but it is especially important to be cautious around holidays such as Valentine’s Day. Also be wary of love bots. These are yet another way into being tricked to provide your credit card information. You can be targeted by a love bot, making it appear as if a message from a dating site from someone who is interested is sending you the message. But in reality, it may just be a cybercriminal using a script. If something sounds fishy, it probably is. Be cognizant of the amount of personal information you provide to people you are communicating with on a dating app or website.

According to Hushed.com, as of 2017, nearly 50 million Americans were using some sort of online dating tool. But the company found that one in ten accounts on free dating sites are actually scammers. It bears repeating that you should exercise common sense and avoid clicking on suspicious links and avoid opening attachments.

Also, many may not think about it initially, but it is always a good idea to know in which country a site is based. For example, if you notice an “.ru” at the end of the address, then the site was created in Russia. It doesn’t necessarily mean the site is malicious, but it is a country that has many hackers. So be aware. In that vein, it is a good idea to look for sites that are based in Brazil and Vietnam, as both countries are also known for hackers.

Finally, make sure your mobile device or laptop is protected with a strong security tool to warn if you attempt to visit potentially dangerous websites. Cybersecurity companies such as McAfee and Norton offer them.

Like all companies in the cybersecurity space, GlobalSign is always looking out for you. For more information about online security threats, visit our blog and check out posts, such as this one: www.globalsign.com/en-sg/company/blog/articles/what-are-the-top-threats-for-online-security/ .