What is Quantum Computing? A Quick Guide 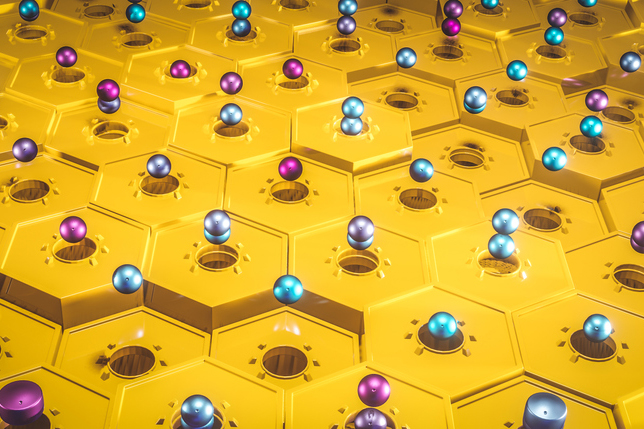 Scan the tech headlines, and you'd be forgiven for thinking that quantum computing is just around the corner, and that secure public-key encryption algorithms are already obsolete. That's not quite true, or not true quite yet.

It's true that quantum computing has advanced significantly over the past few years, and that speculation about the applications of the technology are coming thick and fast, including the possibility that it could help with future pandemic responses. However, when it comes to the primary way in which quantum computing will impact most of our lives – cybersecurity – true quantum functionality is still a few years away. Of the biggest cyber attacks of 2019, after all, exactly zero relied on quantum methods.

In this article, we'll try and strip back the hype, and look at the actual capabilities of quantum computing.

What is Quantum Computing?

"Classical" computers – that is, all the computers in the world today – are binary machines that store information as a series of 1's and 0's, and they are inherently limited by this fact. Quantum computers are potentially exponentially more powerful than classical computers, because even a 5-bit quantum computer can be in 2^5 different "states" at once. This new computing reality is expressed by the term “qubit,” which stands for “quantum bit,” and is the basic unit of information in a quantum computer.

This makes quantum computers extremely good at solving a particular class of problems known as "optimization" problems. This type of problem involves using a computer to try and find the best possible solution among a large number of options.

The canonical example of this is known as the "Route Inspection" problem and involves working out a path through a complex graph that visits every point. This problem, or variants on it, can be transformed into many common problems that we face today. Because quantum computers are able to model different possible solutions at once, they can solve problems like this much faster than a classical computer.

One of these problems, for instance, is simulating possible chemical compositions of different compounds due to complex structures that involve various combinations of electron repulsion and attraction. Companies such as Biogen, working with Accenture labs and 1QBit, are attempting to apply quantum models to problems like this.

How Will Quantum Computing Impact Encryption?

The biggest impact that quantum computing is going to have for most people, though, is that the encryption we use to secure our data online is built on just such an optimization problem. Without going through all the gory mathematical details, many of the commonly used encryption protocols (such as RSA) rely on the inability of classical computers to factorize numbers quickly.

A quantum computer can factorize large numbers exponentially faster than a classical machine, and as such, could break these encryption protocols in practical amounts of time. If a powerful enough quantum computer could be built, therefore, this would mean that we would need a new standard for email encryption, for example.

As GlobalSign’s Lila Kee put it in her article for Forbes,

How powerful would a quantum computer need to be to achieve this? Well, estimates vary, but most researchers put this point at around 50 qubits. This point – where a computer can out-perform a classical computer – has become known as "quantum supremacy."

Where Are We Now?

So, how close are we to the point of quantum supremacy? It depends on who you ask. At the end of 2019, Google announced that it had achieved this goal in a research paper in Nature. The company reported that its 54-qubit Sycamore processor was able to perform a calculation in 200 seconds that would have taken the world’s most powerful supercomputer 10,000 years.

Several analysts have cast doubt on this claim, though. In a blog post released just after the research paper, IBM said that the calculation performed by Google's quantum computer would take just 2.5 days on a classical computer, given the amount of disk space now available to supercomputers.

In addition, even if Google has built a quantum computer that has achieved supremacy, it's not going to see widespread use anytime soon. At the moment, quantum computers are extremely difficult to use for anyone but research scientists performing very specific calculations. They are also extremely expensive: the Canadian based quantum computer company D-Wave Systems Inc. has a 2,000 qubit quantum computer on the market for $15 million.

Will Quantum Computing Change the World?

At the moment, the difficulties of using quantum computers, and the limited power that most models offer, mean that their use will be restricted to very narrow applications. This does not mean that quantum computing will never be mainstream – it just means we are still years away from that reality.

If quantum computing can be harnessed, though, it will potentially have an enormous impact. The ability to perform currently impossible computing tasks may allow us to finally develop truly intelligent AIs, for example, or to analyze the structure of our world in exponentially greater detail. These abilities, in turn, will likely cause massive social, technological, and economic change. Some analysts have even speculated that quantum computing represents a change in our lives on the scale of the industrial revolution.

So, will quantum computing change the world? Yes. Probably. When will it happen? That answer is still to be determined.