Could Quantum Computing Help Stave Off the Next Great Pandemic? 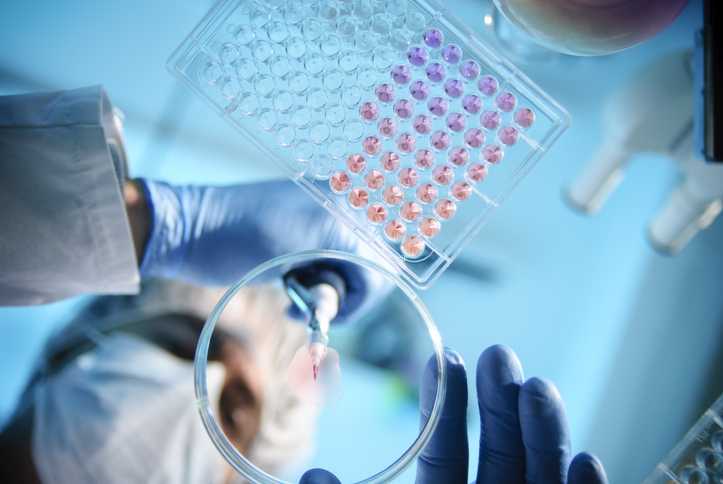 As we settle into month two of isolation in the world’s collective battle against the COVID-19 pandemic, one talking point you’ve undoubtedly heard time and again is that this won’t truly be over until there’s a vaccine.

But the search for a vaccine is a complicated process that feels exceedingly abstract to most of us. How do you create a vaccine? That’s not a question we’ll be able to answer in this article, nor will we attempt to. Rather, we’re going to focus on just one piece of the vaccine hunt, a process called protein folding, and how another exceedingly complicated technology – quantum computing – could simplify it and reduce the time it takes exponentially.

Let’s start with the obvious: Both quantum computing and protein folding are highly scientific, highly mathematical technologies that require doctoral-level educations to truly comprehend and unlock. Needless to say, this comparatively low-level summary of how they theoretically might work together is going to feel a little bit like having a space-era chimp explain Project Mercury to you – but bear with us.

When you design a vaccine what you’re essentially looking for is a sequence of proteins folded into the correct three-dimensional structure that can counteract the virus (antigens). The physical structure needs to be correct for the protein to work correctly. The process of folding it has been cleverly dubbed protein folding.

This process occurs naturally, but not at the rate we need, so we’ve fashioned a way to encode all of this and use computers to process it digitally. The problem is, there are literally billions of different combinations that must be tried before finding the correct structure. And one of the limitations of modern computers is the binary on which they run. Computers run on bits. Bits can be EITHER a 1 or a 0, limiting the computer to one guess at a time. You can see how it might take a while to get the protein-folding combination correct.

And that’s because protein folding is fairly similar to cracking a cryptographic key. You might remember that GlobalSign Chief Product Office, Lila Kee, wrote an article for Forbes about how quantum computers will be able to crack cryptographic keys in just a matter a minutes.

Now let’s apply this to protein folding, which is a process that also requires computing potentially billions of guesses. While the computation isn’t exactly the same – a 2048-bit RSA key and a protein chain are certainly different beasts – the power required to perform it IS.

We talk constantly about quantum computing but at this point it feels very abstract because we haven’t even begun to truly explore all of the new applications for it. Yet with COVID-19, we have a perfect example of how quantum computing could one day prove life-changing.

Finding a vaccine for the coronavirus is a process that – at best – will take 12-18 months, based on the latest estimates. Part of that timeline is directly attributed to the protein folding that needs to occur to find the right three-dimensional shape. What could take modern computers months to complete, quantum computers could perform in days or even hours.

It’s true, we are still years away from being quantum-proof. But, when it does arrive, quantum computing has the potential to be an invaluable weapon in combatting the NEXT pandemic.