Using E-Signatures under the Amended Corporations Act 2001 in Australia 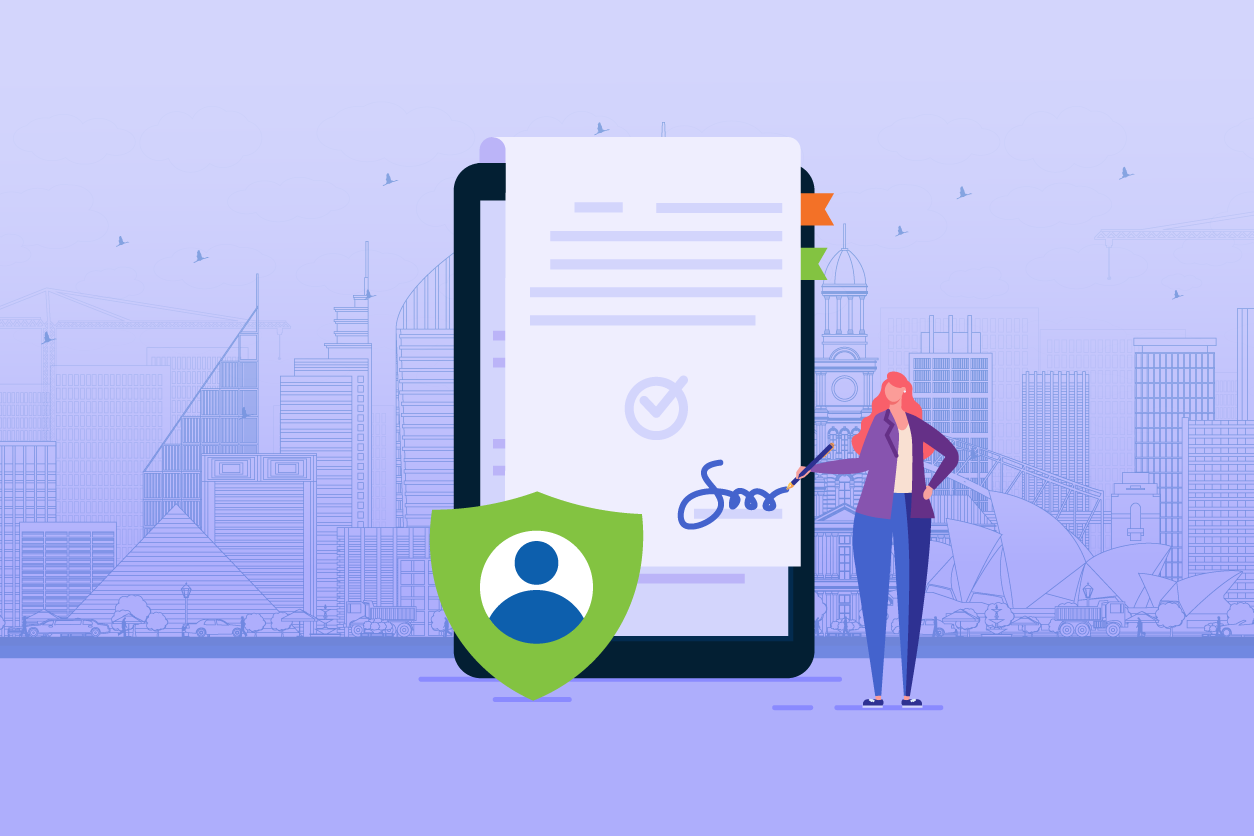 While technology has enabled businesses to fast track and simplify business processes, its adaptation can expose them to security risks. As such, countries like Australia have laws in place to protect and secure electronic transactions, documents, and signatures.

Australia’s Corporations Act of 2001 serves as the principal legislation in regulating businesses in the country. It covers matters from formations, officer duties, operations, document handling, and other regulations. Just recently, the Commonwealth has introduced amendments to the Corporations Act surrounding the use of electronic signatures.

The Corporations Amendment (Meetings and Documents) Act 2022 was passed in February 2022, establishing a permanent mechanism to allow organizations to electronically execute documents and leverage on technology to execute, sign, and share meeting and organization documents.

Are electronic signatures legal in Australia?

Electronic signatures are legally admissible under the Australian Commonwealth Law. The law recognises that documents, such as HR, procurement, or healthcare documents, can be signed using electronic means.

Temporary changes made to section 127 by the Treasury Law Amendments (2021 Measure No. 1) Act 2021 have become permanent under the Corporations Amendment Act 2022. This amendment allows companies to have an easier electronic signing process for documents. Key provisions related to electronic execution of documents include:

These provisions are found in Sections 126 and 127 of the Corporations Act.

While Section 127 only has a few minor improvements, it continues to be adopted as it has been the past months. However, key changes have been implemented to Section 126.

One of the major improvements is that an attorney or agent for an organization can electronically sign a deed, irrespective of the Territory or State Laws in which the deed is executed. Prior to these changes, only New South Wales, Victoria, and Queensland permit deeds to be in electronic form. Aside from this, changes in Section 126 and 127 are as follows:

These changes in Sections 126 and 127 allows for an easier and compliant document signing process that would be helpful in remote workflows of Australian organizations.

Yes. Electronic signatures are harder to forge than wet-ink signatures and can safely be used to verify documents. However, certain security properties can be added to the traditional e-signatures to further protect documents from tampering. This is where digital signatures come in.

According to US Federal ESIGN Act, an e-signature refers to any “electronic sound, symbol, or process, attached to or logically associated with a contract or other record and executed or adopted by a person with the intent to sign the record."

Electronic signatures refer to any signature applied electronically versus being on a physical piece of paper. Despite being considered safe, e-signatures lack security features that ensure document credibility, as they can be copied or tampered with in the document transport process.

Digital signatures address this issue through authenticating signer identity. These follow a specific protocol called Public Key Infrastructure (PKI) – an encryption technique that uses mathematical algorithms to generate a public and a private key. The signature is created with the signer’s private key and can only be decrypted using the corresponding public key.

Additional features also include timestamping and audit trails to prove that documents are not tampered from the sender to the receiver. With these, digital signatures provide the highest level of document security. They are also accepted almost globally, passing a wide range of industry and local regulations.

Can someone misuse my digital signature?

The use of the PKI-based protocol ensures that the document’s source is credible, and the message is only received by the intended recipient, protecting against document misuse.

In today’s remote environment, PDF solutions are widely used for a variety of uses, including filling out forms, signing contracts, and reporting official data. In signing these documents, it is necessary to ensure that documents will reach the intended recipients without any alterations or data compromise along the way. Digital signatures are useful in these situations.

Digital signatures maintain the integrity of both the signature and the document in the process of signing and transport. Using the encryption-based protocol, PKI protects the creation and saving of keys through a trusted Certificate Authority (CA), a third-party organization that ensures keys are generated and kept securely throughout the document’s lifetime.

Is it safe to open PDF in browser?

Browsers such as Chrome and Firefox have tried to make document viewing convenient by including PDF viewers in their system. While being an easy way to view documents, opening PDF using viewers in the browser may not be entirely safe, as they usually do not display digital signatures correctly.

Thus, a receiver will not be able to see the accurate document origin, its history, and whether the document has been tampered with or not. Therefore, it is recommended to view PDF documents with digital signatures in PDF systems such as Adobe Acrobat.

The main purpose of digital signatures is to secure the document signing process. Cybersecurity features have been attached to digital signatures to ensure document integrity in remote workflows. Such features include asymmetric cryptography that PKI uses for encryption and authentication.

CA validation is also an important feature of digital signatures, where the Certificate Authority acts as a guarantor of the source’s identity. Through validating the sender, the document is guaranteed to be from a trusted source and is not from an impersonator.

Digital signatures provide a solution not just in making workflows easier, but also in securing the organization’s virtual space. In using digital signatures, threats such as third-party attacks and breaches in the document transport process are eliminated given the signature’s electronic record feature. Security risks can also be lessened as digital signatures have tamper-free seals that prevent document manipulation while in storage.

Why a Digital Signature is important on PDF documents

PDF documents have become an essential part of various industries, be it in customer applications, data reporting, or contract signings. These documents are used to share various types of information that when compromised, could be harmful to the business and its customers. Thus, it is necessary to protect PDF documents against possible security risks.

One way to secure PDF documents is through digital signatures. With its encryption techniques, the document is guaranteed to be credible. It guarantees that the information was not altered throughout the transport process and that the identity of the author is verifiable. Digital signatures are vital in protecting data in PDF documents.

What is the future of digital signatures?

Like the recent changes in Australia’s Corporations Act of 2001, countries have been accepting electronic signatures as a legally binding form of contract, having the same bearing as wet-ink signatures under the premise that the method of delivery is proven to be secure. For the best security features and regulatory compliance, digital signatures can be used in place of e-signatures.

In the future, digital signatures are expected to be integral in securing multiple industries, ranging from finance, healthcare, and e-commerce. The recent Internet of Things (IoT) trend is also expected to increase demand for information security, calling for the adoption of digital signatures.

Trends and developments geared towards automation and technological integration will fuel the future of digital signatures, being a key component towards cybersecurity.