Opportunity, Risk, and Progress in the Industrial Internet 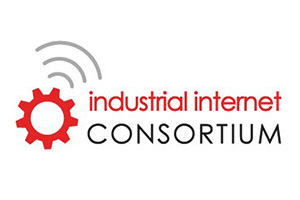 We're very excited about working with the IIC and as our involvement in the group kicks off, I wanted to take a look at why we're honing in on the Industrial Internet as an area of focus, some of the specific initiatives we're working on, and what we're hoping to accomplish.

Some experts will likely argue that the industrial internet is nothing really new, and they’ve been implementing the Industrial Internet for a few decades already. In some areas, this is true, but there are definitely new trends which increase the scope of these industrial systems. Historically, II systems operated in closed environments, and relied heavily on physical security to maintain the integrity of their environments. However, now to really capture the potential of the II, these systems are exploding their scope into more general internet connectivity. This connectivity and integration is twofold, while the potential integrations for analytics and control applications explode, so does the potential risk profile of the system.

The IIC was founded in 2014 with the goal of bringing together organizations and technologies to accelerate growth of the Industrial Internet. They do this by articulating and building best practices, guidance, and requirements. Membership growth within the group has been astounding, demonstrating a huge market appetite for progress in the II arena. As of this post, they are represented by just under 200 member companies. There are numerous initiatives going on in the organization addressing some key challenges like interoperability, security, and connectivity. The IIC is not a standards group; rather, they make requirements with the goal of directing the paths within standards bodies. Within the IIC, GlobalSign is focusing efforts in a sub-set of working groups. Specifically, we’ll be contributing in the security working group as well as the testbed working group.

The security working group is making some great progress building upon the Industrial Internet Reference Architecture which was published this summer.  The material in the works with the security group will drive down to greater detail as to how to approach security concepts, modeling, and implementation in the II.  We expect the publications and guidance from the group will be valuable for any organization trying to build an industrial internet system while managing risks and security posture.

Testbeds are a huge focus for the IIC member companies.  A number of testbeds have already been published and there are even more in the pipeline.  GlobalSign will be actively collaborating with the member companies in the testbed areas to work toward demonstrations of strong identity and best practices within PKI and IAM applications.  It’s an exciting area, as it demonstrates some concrete technology implementations to address real world business and technical environments. There are a couple avenues GlobalSign is pursuing right now through contribution in the existing testbed as well as leading some device identity focused use cases. In the upcoming months we're planning on having some explicit details of our involvement which we will cover in detail.

At GlobalSign we agree with the vision of the IIC member companies and see tremendous business value being created with Industrial Internet Systems.  We’re really excited by the use cases we’re seeing, as well as the cross functional and domain collaboration that is going on in the space.  GlobalSign is also actively building out PKI and IAM services to address concerns and needs we’re finding in the Industrial Internet.  If your organization would like to learn more about how we can help you move your Industrial Internet project or proof of concept forward, please get in touch and let’s have a discussion about your use case!